* In case of any delay in receiving the OTP, you may verify it later. Please proceed without verification.

Your mobile number is not registered with us. Please register your mobile no.

Enter your City name or Pincode

Odisha is a city of several ancient temples and historical monuments. That is why itself lots of people from various corners of the world visit this beautiful state of India. Bargarh is a small but important city in Bargarh district of Odisha state. It is a municipality, famous for industries, business and tourism. Various ancient temples, natural sceneries and different cultural festivals in Bargarh attract lots of tourists every year. 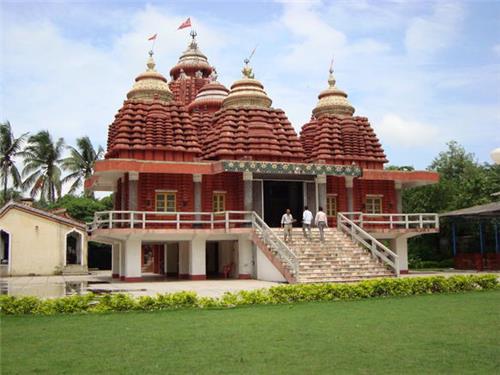 Bargarh city, the headquarter of Bargarh district, is located at 21°20'N 83°37'E and at an average elevation of 171 meter (561 feet). Even though Bargarh is situated in Odisha state, the city is close to the border of ChhattIsgarh state. The entire region is part of Deccan plateau.The city comes under zone 2 category, which is the least earthquake prone zone. Bargarh city is also at a distance of 303 km from Bhubaneshwar, the state capital. Bargarh remains hot in summer with highest temperature in between 31°C and 46°C. January and February are the months, when temperature is comparatively less (21°C to 24°C). The best period to visit Bargarh is between the months of October to March.

According to the inscription of the 11th century, it is believed that the original name of Bargarh was ‘Baghar Kota”. The city got the name “Bargarh” during the reign of Balram Dev, the Chauhan King of Sambalpur. He made this city his headquarters for some time. Even though no clear data is available, it is said that the Bargarh Fort was built during the time of Baldam Dev. We can still trace the old fort walls near the ‘Jeera’ river towards the plains of Ambapali. The last Chauhan Raja, named Narayan Singh, gave the whole land of Bargarh the sons of Baluki Singh a Brahmin. They were Krushna Dash and Narayan Dash. Baluki was killed in action by the Gond. “Borasambhar”, another part of the district, was formerly the headquarters of the Borasambar Zamindari that extends over 2178 Sq.Kms. Later, the headquarter this Zamindari was shifted to Padampur, which is presently the biggest sub-division of Bargarh district.

According the other unconfirmed literature, the name Bargarh has been originated from Balaramgarh and some other sources claim that the city got the name ‘Bargarh’, as the city was the best of the cluster of forts (Garhs).Budhisam also influenced the lifestyle of the people in Bargarh for a short period of time. We can see many ancient Buddhist sculptures and monastreries along a belt that starts from Bijepur block to the Paikamal block. Huen-Tsang’s literature clearly mentions about these Buddhist monuments. Bargarh is also famous for the Legendary Veer Surendra Sai who fought against British from Debrigarh, a peak on the Barapahad Range. His fight against the British was remarkable in Indian freedom struggle history. Today, Debrigarh is a tiger sanctuary. Bargarh had been a subdivision of old Sambalpur district till 1992. Later Mr. Biju Patnaik, the then chief minister, declared the city as the headquarter of the newly formed Bargarh district.

Bargarh is a municipality in Bargarh district of Odisha state. It is one of the two sub divisions and one among 12 blocks of the district. The city comes in Bargarh legislative assembly constituency, one among the five constituencies of Bargarh district. It includes Bargarh, Bargarh block and part of Barapali block. The sitting MLA of Bargarh assembly constituency is Debesh Acharya, who belongs to Bjiu Janata Dal (BJD). Bargarh city falls under Bargarh parliamentary constituency where the sitting MP is Prabhas Kumar Singh of Biju Janata Dal.

The economy of Bargarh is mainly dependent on agriculture. Paddy cultivation is prominent in the region. Bargarh has paddy crop twice in a year and the city is known as the rice bowl of India. About 6,00,000 MT paddy is produced in the district per annum and there are more than 100 rice mills over the district. Some vegetables like Parwal, Cauliflower, Brinjal, Cabbage, Tomato, Biri, Mung and Tomato etc. are also cultivated here and supplied to other districts widely. The food crops in the district are mainly used for the domestic requirements of the people in Odisha. Bargarh is one of the oldest industrial cities of Odisha. Handloom and textile industries plan an important role in shaping the economy of the district. It can be called the business hub of Odisha. The “Sambalpuri Sarees” and other Sambalpuri handloom textile products originated in Bargarh district is world famous and have great demand in India and abroad due to its quality and unique design. There is also a cement manufacturing unit at Khaliapali, which is at a distance of 6 km from Bargarh city. It produces and markets ACC cement all over the country. A sugar mill and a thread mill in the town also boost the economy of Bargarh. This city is also well known for its cottage Bell Metal Utensil industries.

There are several tourist spots in Bargarh district including wildlife sanctuaries, natural scenery, ancient temples, historical monuments etc. that attract lots of tourists to the city from various corners of the country. Kedarnath Temple, situated around 36 km away from Bargarh, is at the foot of Bara hill. Built by Sri Daksin Ray, the dewan of Ajit Singh, the King of Sambalpur is one among the Asta Sambhu temple. Nrusinghanath Temple, located at a distance of 110 km from Bargarh is also a tourist attraction. It is famous for its statues carved on its outer walls. It was built during fourteenth century by Sri Baijal Dev Bikari, the king of Patna. Papaharini, literally means the destroyer of sins is the confluence of seven fountains called Saptadhar. With an average width of 12 feet, it embraces Mahanadi after running 25 km. Chauhan rulers built lots of Siva temples in Bargarh, 8 Shiva temples among them are famous as Ashta-Shambhu temples. These temples are well known for its artistic beauty and excellent picturesque background.

Being a famous tourist location and industrial city of Odisha, many people visit this city for various reasons. Therefore, many travel agencies are functioning in the city, which provide all the facilities of the travellers for a comfortable journey.


Hotel and Restaurants in Bargarh

It is very important to reserve a comfortable place for accommodation and find out a good eatery for dining in advance, wherever you plan to visit. There is no doubt that you can’t enjoy your trip, if your dining and staying are not comfortable. As Bargarh is an important business hub and tourist spot in Odisha, there is no scarcity for good hotels and restaurants in the city. Some of the famous hotels and restauranats in Bargarh city that provide you delicious and quality food as well as standard accommodation facilities with warm services are given here.

Movie Theatres in Bargarh
Scope for an enjoyable nightlife is very less in Bargarh. There are not many pubs, night clubs or bars in the city. However, you can see some movie theatres in and around Bargarh and they are well maintained for the people.

The role of social service organizations like NGOs and other charitable trusts are very significant in a development of a particular society. This is because the Government alone cannot solve all the problems of the citizens. Bargarh city has many social services organizations like NGOs and charitable trusts that are actively engaged in many fields like poverty, health, education, social discrimination, women empowerment, self employment, art, culture etc. Some of such popular organizations in the city are introduced here. 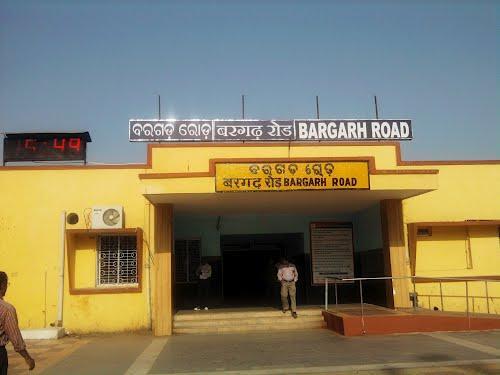 As there is no airport in Bargarh, those who visit the city from far away places, mainly depend on Swami Vivekananda Airport at Raipur at a distance of 206 km and Bhubaneshwar Airport at a distance of 256 km. Bargarh Railway station is situated in the city and it belongs to East Coast Railway Zone, Sambalpur. However, the major railway station that connects the important cities of the country is Raigarh railway station, which is 74 km near to the city. Bargarh is also connected to other cities of the state through bus services. Taxi services are also available for local transportation.

Bargarh is a must visit place in Odisha due to its picturesque beauty of the nature as well as the cultural uniqueness that is rich with many fairs and festivals. So, find out some days to spend in Bargarh during your pleasure trip in Odisha.


Bargarh at a glance

Are you a Business Owner?

Add the products or services you offer