* In case of any delay in receiving the OTP, you may verify it later. Please proceed without verification.

Your mobile number is not registered with us. Please register your mobile no.

Enter your City name or Pincode

Bargarh is rich with a unique traditional culture. It is famous for its art and crafts. Metal craft, wood craft, terracotta, stone craft, bamboo craft, rock art, sand art and rangoli are popular here. Sambalpur saree and other Sambalpuri clothes like Ikkat hand woven sarees in Bargarh district are world famous. The city homes the world’s largest open air theatre festival. There are many other famous festivals celebrated in Bargarh. 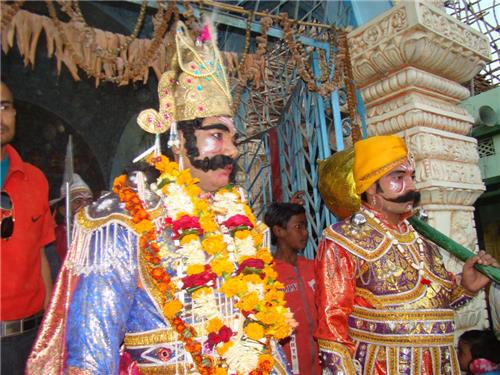 Dhanu Yatra, the most popular festival in Bargarh is celebrated during the first half of January. This festival that lasts eleven days attracts lots of tourists. Thousands of people gathered here during this time. Dhanu Yathra can be considered as the largest open stage play in the world. It is an open stage dramatization of Krishna leela and it depicts the story of Krishna that starts from the marriage of Vasudava and Devaki, the parents of Krishana and ends with the death of Kansa, the evil king and the uncle of Krishna. In this festival, the whole Bargarh city is turned to Madhura city, the Jeera River becomes Yamuna River and Ambapali, located on the other side of Jeera turns to Gopapura. The play is performed in 14 main places at Mathura and four main places in Gopa.
Culture of Bargarh

Dhanu Yatra started in 1948 as a part of Independence celebration and as a symbol of victory over unjust British rule. It symbolically shows the victory of Lord Krishna, the embodiment of justice, righteousness and truth.

Baisakh Mela, another important festival of Bargarh is celebrated from Triyodasi to Purnima in Baisakh month. This festival is also known as Narshing Chaturdashi mela, as it is celebrated on the occasion of Nrusingha Janma in the religious site of Nrusinghnath. Thousands of devotees attend this festival.

The Maha Shivaratri is celebrated on the Chaturdasi in Falguna month at Kedarnath Temple, which is located on the foot hills of Bara Pahar. The temple lies at a distance of 35 km away from Bargarh town. Lots of devotees gather at this temple on this day to worship Lord Shiva. The devotees observe fasting and remain awakened at night. Many cultural programs are also conducted for entertaining the people.

The Sital Sasthi Yatra is celebrated on the day of Sasthi in Jestha month every year in Barpali, It is celebrated on the occasion of wedding of Lord Shiva with Goddess Parvati. Lots of devotees participate in this festival. Many cultural programmes like folk dances are conducted at night. This festival is also celebrated in proper Bargarh town for the last few years. It is the second biggest festival after the Sambalpur Sital Sasthi Yatra in terms of the number of devotees.


The Nuakhai or the Nabarnna

The “Nuakhai”, the social festival of unity, is also a festival of harvest of crops. It is organized during the month of Bhadraba among kith and kins. The day after the Ganesh Puja is the appropriate date for Nuakhai, as it is also considered as the New Year of the Sambalpuri people. People first offer the new grain after harvesting to the local deity. People, wearing new cloths and preparing delicious foods, celebrate this festival with great enthusiasm.

Kali-puja is one of the important festivals in Bargarh. It is celebrated at Kali Mandir road. Maa Shyama Kali is worshipped and Yagans areorganized during this festival. The big beautiful statue of Goddess Shyama, made up of alloy including eight types of metals is the main attraction here. Recently, a new temple is built for the Goddess and it is really a popular pilgrim attraction. You can also see Hanuman temple and Syameshwar mahadev temple near the Kali temple.

All these fairs and festivals are attended by many people from various corners of the world and so they are also the important tourist attractions. Many tourists visit Bargarh during the time of festivals.

Are you a Business Owner?

Add the products or services you offer